Russia’s Su-57 fifth-generation multirole fighter could be the basis for developing its cutting-edge aircraft for new aircraft carriers, similar to the naval variant of the US F-35 fighter.

On August 16, Yury Slyusar, CEO of the United Aircraft Corporation (a subsidiary of the state-owned Rostec firm), announced the news during the Army 2022 international military-technical symposium.

Russian marine doctrine asks for modern aircraft carriers. Slyusar indicated that developing a fifth-generation aircraft carrier group and using drones are the most attractive sectors for the Russian defense industry.

“The basic work carried out within the framework of the Su-57 program allows to solve the tasks of the naval aviation of the Russian Navy in the shortest possible time”, said the general director. He did not provide any information or timeline on the next naval fighter.

The Lockheed Martin F-35 comes in three different configurations. The F-35A is used by the US Air Force, the F-35B by the US Marines, and the F-35C by the US Navy. To date, the F-35C Lightning II is the only aircraft capable of operating out of a US Navy aircraft carrier in low-visibility conditions.

The Sukhoi Su-57 is a Russian-built fifth-generation multirole fighter that, according to its developers, can destroy any air, land, or sea target. It is also endowed with stealth technology and extensively uses composite materials.

The Su-57 fighter has extensive radio-electronic equipment, including a powerful onboard computer (called the electronic second pilot) and a body-mounted radar system.

Russia has struggled to get its fifth-generation fighter, the Su-57, operational, let alone exportable, while the United States has had success with its F-35.

The Su-57 fifth-generation fighter will be tested in Russia this fall with an enhanced communications system.

Moscow has long praised the Sukhoi Su-57 for its remarkable qualities. The NATO code name for the fighter jet is “Felon.”

Some Russian military experts have claimed it is even more capable than the US Air Force’s F-22 Raptor and F-35 Lightning II.

The aircraft has an integrated wing-body fuselage and incorporates the capabilities of fighter and attack aircraft. The Felon has two internal weapons bays between the engines and two side weapons bays for short-range air-to-air missiles.

Future plans for the Russian Navy

Slyusar claims four Su-57 fifth-generation multirole fighters have been serially produced under a state contract with the Russian Defense Ministry.

Also planned for this year is the delivery of the next group of planes. After the state contract is signed, the United Aircraft Corporation and its subcontractors do the work.

The Eurasian Times also recently said that at Army Forum 2022, Russia’s Rubin naval design bureau showed off its most recent idea for an advanced submarine.

The new ballistic missile submarine (SSBN), named “Arktur” or Arcturus, is a cutting-edge design named after the brightest star in the Northern Hemisphere. T

The Surrogate-V, a large displacement unmanned underwater vehicle, was paired with the new submarine in pictures from Army Forum 2022.

“On behalf of the Russian Defense Ministry, the Corporation is carrying out experimental design work to create new surface ships and submarines,” the executive said.

He said that the work aims to improve the ships’ ability to fight, the size of their weapons, their technical features, and the amount of ammunition they can carry.

How powerful are Iran’s ballistic missiles that Russia will employ? 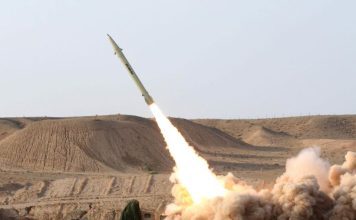 How powerful are Iran’s ballistic missiles that Russia will employ?

Do you ever wonder How Aircraft Ejection works?

What exactly is a Hypersonic Missile? which countries have it so far? where does India stand in the Hypersonic race?

The XQ-58A Valkyrie UAV: can this American future drone be the answer to S-400?

Ballistic Missile Defence Interceptor (BMD): What are the features and capabilities of India’s BMD

F-22 vs. F-35: Ultimate comparison of the two most capable aircraft in the world.